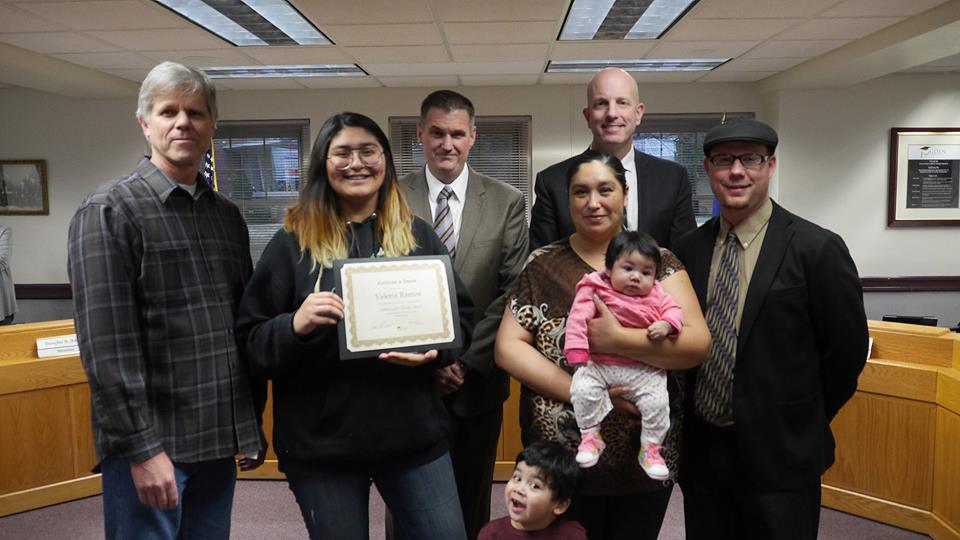 Valeria says that attending school and getting her grades up has been a huge accomplishment. She started at George Washington in October because she was not on schedule to graduate at the traditional high school. She had a great desire to graduate and change things and improve her life. She is generally quite shy, but with the student-teacher contact at GWHS she has learned to overcome her introverted tendencies and step outside of herself. She has learned to work hard and to appreciate education. The result is a senior year grade point average of 4.0!

Valeria's favorite classes are English and Math. Her favorite teachers are Ms. Quinlan and Mr. Egbert. She has enjoyed going to PM school and being in the cooking club and in AVID. She wants to graduate from high school early this year. She has been accepted at Weber State University and Snow College; she is leaning toward attending Weber, as it is closer to home. She wants to study Psychology and use her knowledge to find a career where she can help others.

Camrhn decided 2 years ago to leave the traditional high school and enroll at George Washington. He was behind on credits and was extremely shy when he arrived, but since coming to GWHS he has been able to overcome that shyness and earn his credits at a much quicker pace.

Camrhn feels that attending George Washington has helped him plan for his future and determine what he wants to do and where he wants to go. Camrhn has been accepted to Weber State University and considers that a very big accomplishment.

Camrhn plans to study computer science in college. He would like to become a professional or commercial drone pilot. He is also interested in serving in the army. Outside of school Camrhn has a part time job. He has taught himself to play the piano and really likes playing anytime that he can. He also like to draw.